(You should pardon the Tiny Seashells of Discretion.)
Posted by Maury D'annato at 11:42 PM 8 comments: 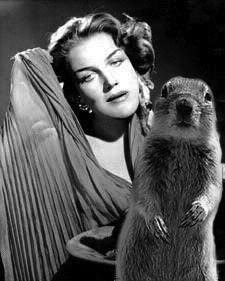 One for the "why not here?!" files

ETA: that's kind of the rhetorical "why" in the subject line, you will have gathered. She's not what you'd be forced, these days, to call "cinematic." On the other hand, Wagner sells out no matter what, or anyway the Ring and Tristan do, so it's not like any particular campaign need be waged to lure the young and unsuspecting into the opera house with the promise of great hair and abs...
Posted by Maury D'annato at 3:01 PM 5 comments:

I don't know, is it considered bad blogging to quote comments from elsewhere if they were totally excellent and I want everyone to read them?

So it starts with a revealing post with complex implications at Parterre about the fellow who is funding I guess the overhaul of the State Theater, who turns out to be a teabag toting wingnut. (Me, I've always said I'd go libertarian if I weren't so darn fond of roads, hospitals, public schools and universities, the post office &c. &c. &c. I've also been known to say libertarianism is just anarchism with so much hedging you can't even get a decent punk album out of it. That's my libertarianism set. I'll be here all week.)

Anylez...people quickly get up in arms because die Heilige Kunst shouldn't be sullied by mean, dirty politics, and I guess someone with the nom de blogge of javier said "Anyway, opera and politics don't mix," because Will, who we suppose to be Will of Designer Blog who also comments here knocked it out of the park, and I'm gonna make you read it:

When you get to heaven, javier, look up Wolfgang Amadeus Mozart, Giuseppe Verdi, Richard Wagner, Kurt Weill, and Daniel Francois Esprit Auber, among many others, and mention your little fantasy to them.

Be prepared for gales of laughter.

Mozart deliberately conspired with da Ponte to put a play that had been banned in Paris the day after its premiere for its political content onto the opera stage in Vienna. Play and opera are both inflamatory political/social statements.

Verdi’s Risorgimento operas from early in his career ignited demonstrations and riots and were filled with coded references to the Austrian occupation of northern Italy. If you go to Atilla at the MET next season, listen for Ezio’s line “Avrai tu l’universo; resti l’Italia a me! which set off pandemonium in the theaters.

And Auber, composer of what is arguably the first of the great French Grand Operas–what could possibly be political in his tale of a mute girl in love? Only that its run in Brussels caused riots that brought down the Belgian monarchy.

It’s amazing that people still insist that politics must NEVER be mixed with art, particularly “high and refined” arts like opera as if it pollutes them. All the arts are steeped in politics and have been. That’s why when Dictators seize countries, the arts are amont the first things they clamp down on.

Well, it doesn't get much more thorough than that.

It is a mess of a topic. Should we just be grateful of any money thrown at our pet art regardless of the source? I mean I don't think I'm on board with the commenter who said "NYC Opera and Ballet will not be getting a cent of my money," though I respect his conviction. It's worth talking about precisely because it's not straightforward, and precisely because there is some broad impulse not to talk about it. And yes, I also find it interesting to see the wingnuts coming out of the woodwork when something like this comes up. You assume that art broadens people. You are, it would seem, mistaken.
Posted by Maury D'annato at 9:41 PM 6 comments:

The increasingly afterthoughtish-feeling Glimmerglass Opera (of the neato performance space, physical environs out of a fucking 19th c. painting, palpable lack of relevance) has announced 2010. You're probably sitting down because you're at a computer, but you don't really need to be.

It can be a fun parlour game* to make up swell Glimmerglass seasons because there's something of a formula: 1 Baroque, 1 20th C. usually in English, 1 warhorse, and a wild card, maybe Mozart or a musical. (There should be a Maybe Mozart festival. You show up and they're like "Nah, we weren't in the mood for L'Oca del Cairo after all. Tonight's Harry Partch. I think they're doing Eine Kleine Nachtmusik across town at Partially Partch if you've got cab fare.")

One thing you can count on in recent years, due to unfortunate economic realities, is a production that can be staffed wholly with the pack of hungry young things that make up the Young American Artist Program. This year, that will be The Tender Land, which I guess was written for young singers, so that's convenient and all. I have to say I've never met anyone who lamented the infrequency with which The Tender Land pops up at opera companies but maybe it's just so musically satisfying it only has to be done once in a while. You never know.

To someone-or-other's credit, the world's most photographed production of Tosca is not being pulled out of the retirement one assumes it has, by default, kinda entered as the buzzards circle around City Opera, twittering at one another "Possible free meal in the west 60's #carrion." A new one will take its place, and it actually is intriguing to wonder what they'll do casting-wise there.

During the aforementioned Tosca, they hired a pretty, petite, young singer as Tosca, and everyone in the company did kind of a two-month long version of the old Soprano joke (Q: How many sopranos does it take to change a light bulb? A: One to change it and one to say "really it was too high for her," should she fall off the ladder) except in this case all they could do was talk about how she was going to break her medium-sized voice on Tosca. It's possible she did, actually...she was booked for some stuff like Salome and more Toscas and then for not much. She really put a lot into the performance, though, so it's always felt sort of sad to me. Anyway then they got this tall, menacing-looking Italian without so very much voice for Scarpia and a tenor with an absolute monster of a sound (one vocal agent present noted that the fellow was louder than Heppner, and indeed when he busted out his "Vittoria!" in early rehearsals, astonished glances flew about the high school auditorium as the walls very nearly shook), and all of it added up to something pretty compelling, but none of them sings a lot that I've seen, so whatever. Einmal ist nicht keinmal, and I still think back on it fondly.

Figaro is the third one up next year, and what is there to say about that? Figaro is always cause for some happiness and rarely cause for much.

Tolomeo rounds things off. Handel is just the kind of thing that works best at Glimmerglass, the kind of opera it's actually a shame to see in a larger house, and most houses are that. Countertenors don't have to push and on nights when they throw open the sides of the theater to the night air, there's an undeniable enchantment in the delicate intimacy in those arias, sung with the finesse the space affords. One wonders if the house style of Handel productions is still in full swing, for better and sometimes worse, full of imagery that puts a few toes across the border between whimsical and dumb.

*and yet I don't feel like doing it just now. Feel free to play along at home.

p.s. things I have bailed on this summer include Semiramide (it turned out they were doing the full Ramide and between that and the weather forecast, I envisioned a soggy slog through a few too many roulades) and Les Huguenots, which fell from my schedule due to concerns of distance and tedium.

p.p.s. Hey do you need some salt? Because here's a grain: I do think Glimmerglass is not very interesting these days, but I'd be an ass to write something overwhelmingly sour like this and not acknowledge that I had professional dealings there many years ago and met probably four of the top five worst people I've ever met anywhere in terms of, oh, everything (though I met some lovelies, too...it's just that they weren't running the company/in a position to sap my life force.) So while I'll, on the other hand, always have a certain misty remembrances you don't get to hear about, I can never be quite fair to Glimmerglass, the Little Company that Occasionally Could.
Posted by Maury D'annato at 9:06 PM No comments: