Just for the hell of it, a second look 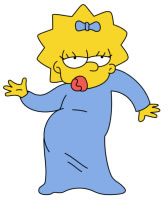 Well I mean I was hardly going to miss Vogt's Lohengrin after the things people were saying online, right? And so I did not.

A short report, then. First of all Mattila just keeps getting better as Elsa. I've never been a hardcore Mattilist, often find there's a disconnect between the frenetic physical acting style and the voice, which has a smallish palette if you ask me. So either I haven't been giving her enough credit, or Esla is just a role that calls for exactly what she's got to give. She makes the Robert Wilson thing look like an obvious choice (though I'm going to have to paste in an image later that may ruin the production for you) and is so vocally ping-y the tiny casting agent in the mind makes little paper dolls of her and puts on Isolde costumes and such, just for fun, when no-one's looking. DeVol continues to work out in the role despite a certain vocal curdle that just isn't going anywhere. She had a few slips on high notes, forgivable at the end of the evening at the end of the run, and also really nothing compared to the unfortunately well documented Heppner mishaps. Her closing night clearance sale vamping was a special treat. Did that sound sarcastic? Because it so wasn't.

Pape is another singer I hadn't fully signed on with until last night. His turn in last season's unexpectedly mediocre Faust was solid but to my ear rather joyless. You can have all the technique in the books in that role, but if you lack a certain swagger, you are toast. French toast. Maybe with carmelized bananas, like they make at Marseilles in Hell's Kitchen. Note to Maury: don't blog when hungry, or everything turns to brunch. So anyway as the King, Pape is a mile high stack of raspberry pancakes with tons of butter. Listen, just be glad I didn't go in for a bagel metaphor or we might have ended up with a Pape schmear. Thanks, I'll be here all week.

So who's that leave? Right, Klaus Florian Vogt. Do you pronounce the g at all? Does it like totally vanish or is it more of a guttural thing, pronounced like the ghghghghghg in "Heighghghghghgl dir, Elsa!"? It took me most of the evening to figure out what I thought about Herr Vogt, because the sounds was so thoroughly disorienting. The color doesn't go with the size, it''s like Anton Dermota was suddenly singing Otello. Really, truly, it sounds amplified. There are negatives, in particular a marked lack of legato, but the big picture is exciting, for sure. It's just confoundingly difficult to think exactly what rep he's cut out for. I'm a champ at dream casting and haven't a clue. When the first adjective that springs to mind to describe your Wagner tenor is "limpid", you know you're off the grid. For Lohengrin it makes for a rather spectacular success, though. It throws off the aesthetic balance of things if Lohengrin sounds prettier than Elsa, but in an interesting way. I have heard clips of Gedda and Pertile singing the big aria, but this was even more pronounced. Ok, you know what? I haven't figured out what I think of Vogt after all. Judging by his reception, though, I should have ample opportunity to do so.

It bears mention that the swan was out of order in Act I but Mr. Vogt made no reference to Leo Slezak. The nice thing about a Robert Wilson production is if you hadn't seen it before you'd probably just assume it was part of the whole abstract minimalism extravaganza. They called in a swan mechanic before the third act, thereby avoiding the crisis of a little boy covered in white paint having to cool his heels in his little Gap Kids loincloth upstage for half an hour before it was time for Lohengrin to pull him out of a hat.

Tune in next week for reviews of Thomas Hampson's hair in Parsifal. Tune in to Wellsung, where I'm expecting some opinions on Vogt any moment.

Based on descriptions of Vogt's voice, I know what I want to hear him as:

Big voice, kinda unearthly, lyric and pretty? Does he have a C for the ending quartet???

I was thinking Bacchus myself, but yeah. Dunno about the C, but if he has one, my big wish: Rodolfo.

JSU, I like the way you think. Bacchus would also be perfect for that role's combination of stentorian nasty B-flats and lyric passages that want floating.

Dammit, I wish I'd been able to make it to some of these performances. I'm really envious now.

See, Bacchus sprang to mind but I just can't tell if his voice would stick around in the stratosphere set to "loud" for that long. It's such a freakish instrument, I don't know what to think.

I believe that my German teacher (as opposed to a teacher who IS German) would say it's pronounced "vote." Love the pix of Maggie Simpson, BTW.

You did NOT just make a "Pape Schmear" joke. I KNOW that did not just happen. Yeesh.

The G IS pronounced in Vogt, unless you're southern French or North Country British.

Vogt is very special and does not fit typecasting.

What needs to be done instead of nattering in cyberspace is to excoriate the Times en masse for passing on one of the most important debuts in the past 20 years.

How 'bout you make with the excoriation and I'll tend to the nattering.

Only very rarely does the press attend (or review) any performance in a run after the first night.

There would be no quicker way for Vogt's voice to be destroyed than by singing Bacchus or Kaiser on FRAU.

So many quotable Mauryisms, I hardly know (how to stop laughing in delight and) where to start. Or indeed where to stop! The paper dolls, the french toast with bananas (not quite Bananas Foster, though, of course, because for that you need actual alcohol), the pancakes, Wagner tenor "limpidity" being off the grid, Leo Slezak and this Mom howled at the Gap Kids loincloth reference, plus promised reviews of Thomas Hampson's hair is too sinfully good of a tease to miss.

I simply cannot survive now (thanks alot) without my daily Maury fix! Is there a rehab program for this? [Maury Maniacs Anonymous perhaps? MMA, for short...] On second thought, I don't want to be cured!!!! Keep on bloggin' Maury, we're hooked, man.

ps But wassabi with Maggie from the Simpsons???? (I'll admit, I feel like Maggie most of the time, reading your blog. Sucking on it, thinking, sucking greedily, thinking, wide-eyed taking it all in.)

Does it have something to do with the costumes in the recent Met productions? 'Cause Maggie's outfit looks a frightful lot like the blue toothpaste tube as they described the photo La Cieca posted recently ...

Thanks, Ariadne. Yeah, the Maggie thing maybe you had to see the production. At least I can't find any pictures that would demonstrate why this is (hopefully) funny. It's just that Mattila was in a blue gown with a long train behind it, and because it was so long she sort of had to shuffle around in it, and honestly it was bugging me all evening why this looked familiar and funny until I realized it was Maggie. And in the top picture, which I totally stumbled upon, she is making sort of Robert Wilson looking gestures, so it's even better.

You're welcome and yeah, this is the photo of the horrid costume I was thinking of, courtesy of La Cieca, which one of Cieca's commenters said "looks like an uncapped toothpaste tube". http://parterre.com/
2006/04/earring-magic-ben.html

I thought that was hysterical(ly true)! And you're right, just like Maggie.